Doja Cat has recently been facing backlash after the rapper was accused of racism due to old videos of her re-surfacing on the internet. The videos find the rapper in a video chat called “Dindu Nuffin,” which is an alt-right phrase that reportedly describes black victims of police brutality.

Along with that, videos surfaced of Doja Cat allegedly speaking with racists on Tinychat. Allegations against the rapper claim that she would hang in a chat called Redpill, which was reportedly for racist trolls, and also that she would strip for various members of the chat. Previously, Doja Cat was under fire for using a homophobic slur and doubling down on it before apologizing. Take a look above. 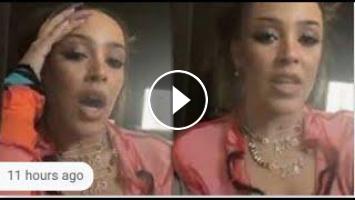